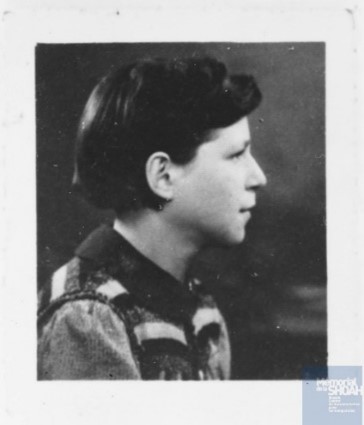 We are a group of 9th grade students from the Blés d’Or middle school in and we are going to tell you the life story of Huguette Algazi, who was deported during the Second World War. We had the opportunity to go to Berlin and visit the Sachsenhausen camp. We also visited the Drancy internment camp and read many books on the deportation of Jews such as “Retour à Birkenau” by Ginette Kolinka. This work was carried out as part of the Convoy 77 project, which aims to keep alive the memories of the people deported on Convoy 77, which left Bobigny on July 31, 1944. We decided to write the biographies in the first person to help bring their stories alive.

My name is Huguette Algazi and I was born on February 2, 1930 in the 12th district of Paris. 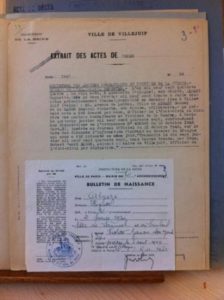 Sadly, my mother, Sunboul Violette Ganon, died after giving birth to me. My father, Samuel Algazi, who was born on July 31, 1906 in Turkey, suddenly found himself alone with three small children. I had a brother called Victor and a sister called Yvette, who were two and three years old respectively when I was born. I spent my early years with them, living at 22 rue Lamartine in Paris. 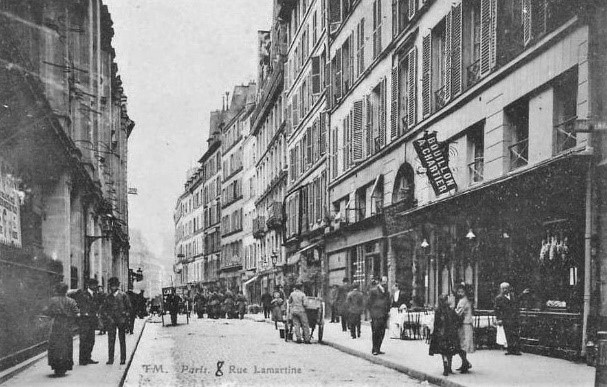 When the war started in 1939, I was 9 years old. I had some school friends and played with them every Thursday afternoon. My father was not worried at first because he thought he was safe in France, which was known as a country of freedom and human rights. However, the restrictions on Jews were introduced very soon after France was defeated in June 1940: in October, the first of the decrees on the status of Jews was passed, forbidding them to work in certain professions. The discrimination also began with these decrees, and we children were forbidden to go to the parks. Then, in the spring of 1941, people we knew began to be arrested. On June 7, 1942, it became compulsory for Jews to wear a yellow star. At school and in the street, people pointed at me, some of my father’s friends stopped speaking to him and two of my close friends were forbidden to see me or even speak to me. The situation became increasingly serious and every evening at home my father listened intently to the radio. He decided to place us in the Secrétan children’s home, which was run by the UGIF (Union Générale des Israelites de France, or Union of French Jews). As a result of a bombing near avenue Secrétan, we children were then moved to the Lucien de Hirsch school and thus my brother, my sister and I moved to 22 avenue Lutèce in Villejuif. 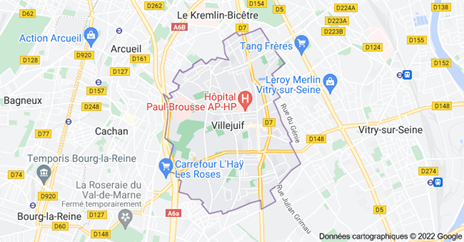 It was there, on July 22, 1944, that we were arrested in the middle of the night and then taken together with all the other children to Drancy. Of course, we were all sound asleep in bed at the time, in our pajamas. The police arrived at the school and ordered us to get on buses. We had to move quickly and did not know where we were going. I was terrified but relieved to be with my big brother and sister. We wondered what we had done wrong. I could feel the fear mounting inside me and I said to myself, “This is just not possible, this can’t be happening to us, not now!” I was only 14 years old. There was much talk of the landings and about Allies heading for Paris! We thought that we were more likely to be liberated than arrested! But not at 1 a.m.! 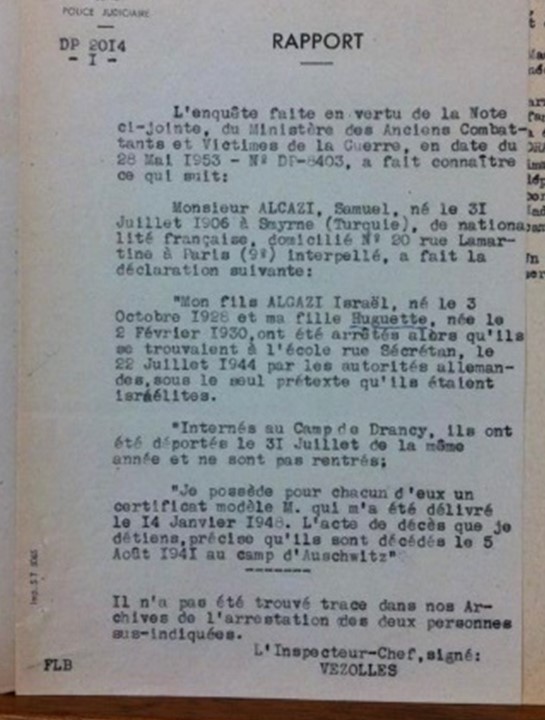 When we arrived in Drancy, we realized that we were not the only children’s home that had been raided! There were so many of us children there! We also found out that this was a prison: they were buildings that formed a U shape with locked gates and there were French policemen on guard. They confiscated our things and we were put in large dormitories. The older children took care of the younger ones. The living conditions were tough. There was not enough to eat, but some of us received food parcels and shared them. We could only wash ourselves with cold water in the courtyard, so there was no privacy.

After nine days internment in Drancy, I was deported on July 31, 1944: we were woken up very early, at 4:00 a.m., taken by bus to the Bobigny railroad station and then put into cattle cars bound for an unknown destination. 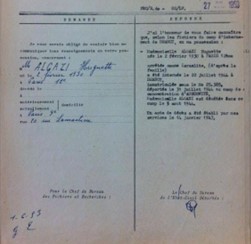 There was a huge, heavy, stressful silence as we boarded the cars, everyone afraid of losing their loved ones. The inhumane treatment began during the journey; we had almost nothing to eat and only a tin bucket to relieve ourselves, and since this was so humiliating, we tried to help each other by holding up clothes when we had to go. The stench soon became unbearable in the heat of the summer. There were at least sixty of us in the car, so we had to cram together to make room. The journey lasted two days and three nights.

When we arrived, we were surprised by all the shouting and lights, and we were ordered to get off the train quickly and leave our bags on the platform. I was separated from my older sister, Yvette, who was 18, and I found myself in a line with Victor, who was 16. We walked to the birch forest at the far end of the camp. 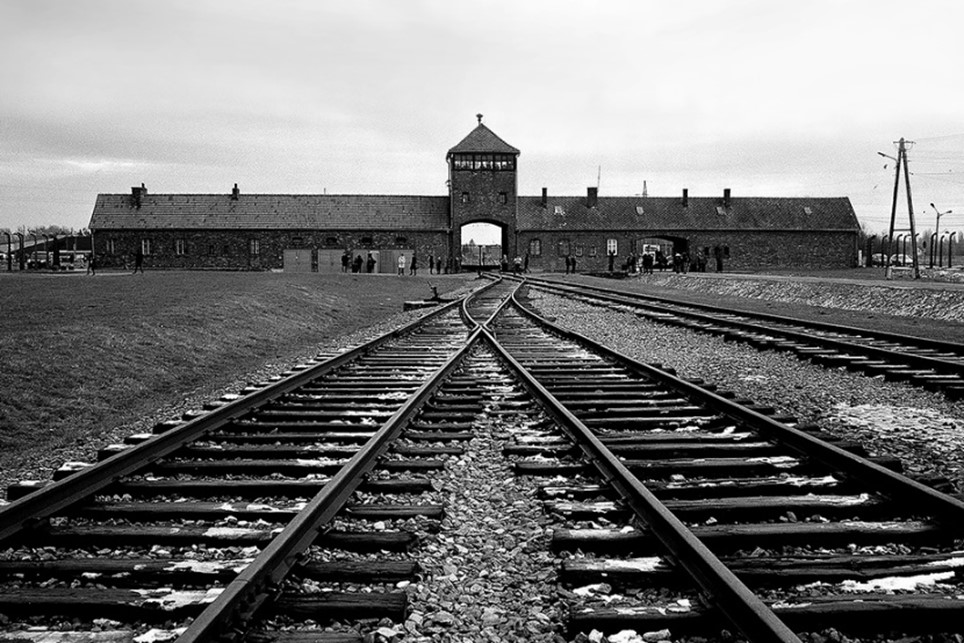 It seems that Huguette and her brother Victor were selected to be taken to the gas chambers as soon as they arrived in Birkenau. Due to their young age, they were not considered “fit to work” so they were destined to die. The French authorities determined that they died on August 5, 1944, five days after their departure from France, as stipulated by the law. The death certificate was officially ratified on April 12, 1986 by the Secretary of State and, at their father’s request, they were also granted the titles of “Political Deportee” and “Died for France”.