Although some gaps remain, the Holocaust is now a well-known subject among young people

Home Although some gaps remain, the Holocaust is now a well-known subject among young people 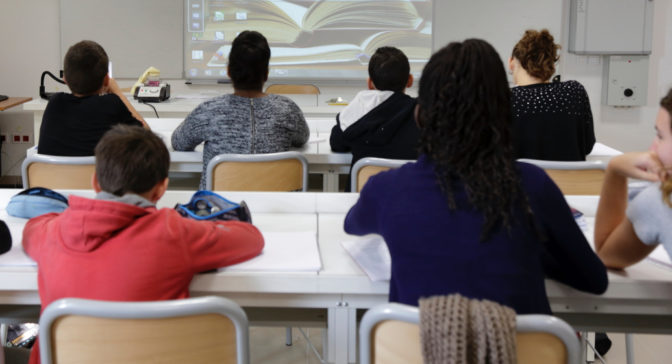 How much do the younger generations in France know about the Holocaust? This question comes up regularly in opinion polls, which sometimes produce worrying results.

In January 2020, a survey by the American Schoen Institute, commissioned by the Jewish Claim Conference, revealed that France had “significant gaps” in its knowledge about the genocide of the Jews. According to this survey, a majority of French people (57%) did not know the number of Jews killed during the Holocaust, which was 6 million. This figure rose to 69% among those under the age of 38. In fact, 25% of those under 38 said they had “never heard of” the Shoah. (By way of comparison, a CNN/ComRes poll in 2018 revealed that 34% of those polled had little or no knowledge of the Holocaust)

Last September, by contrast, a further poll carried out by IFOP (French Institute of Public Opinion), which asked the same question, was more reassuring, estimating that this chapter of history was “fairly well known to young French people”.

Frédéric Dabi, the managing director of IFOP, and François Legrand, the researcher in charge of the survey, explain further:

Convoy 77: What conclusions can you draw from the survey undertaken by IFOP in September 2020? Has this knowledge improved compared to previous years??

Frédéric Dabi and François Legrand: “First of all, this IFOP survey for the UEJF (Union of Jewish Students of France) reveals that young French people have a good overall knowledge of the Shoah. 87% of them have heard of it, which is close to the level found in the French population as a whole (90%).

The trend is that their knowledge of the subject has improved: 68% of 15-24-year olds have heard of the Vel d’Hiv roundup, an increase of 10 points compared to the low point measured in 2012 by the CSA Institute (58%). More broadly, this survey shows that despite gaps, the Holocaust is now a widely known subject among young people.”

According to this survey, 87% of 15-24-year-olds say they know about the genocide of the Jews. Does this mean that the remaining 13% have never heard of it?

“”Yes, 13% of young people have not heard of it, or at least struggle to figure out what is meant by the genocide of the Jews.

This percentage represents a very small minority but it should not be dismissed.”

In January 2020, a survey by the Schoen Institute in the United States reported “critical gaps” in France in terms of knowledge of the Shoah. How do you explain the fact that the findings of that survey do not always coincide with yours?

“It appears that in that survey, the term used was “holocaust” which is less well-known in France than in the United States. This term, made popular in France by the American series in the late 1970s [editor’s note – the mini-series “Holocaust” was broadcast in France in 1979] is hardly used at all now. The terms “Shoah” and “genocide” have become dominant. This may explain the discrepancy.

Also, the term ‘critical gaps’ seems to be an overstatement in light of the overall good level of knowledge that young French people have about this genocide.”

Nevertheless, you also point out gaps in knowledge. About which events in particular?

“The results of the survey show that certain aspects of the Holocaust are still only partially known, such as the “Holocaust by bullets”, which was unleashed at the beginning of Operation Barbarossa and which was accurately recognized by only a quarter of the young people. But overall, schools play their part and are the main source of information about the genocide for young people.

Over and above the question of knowledge, it seems to me that the most interesting (and reassuring) aspect of this survey is to see that the negationist opinions, or those aiming to minimize the seriousness of the genocide, are actually held by only a very small minority of French youth: 80% of those under 25 years of age believe that this was a heinous crime, while for more than 7 out of 10 young people, there is nothing else equivalent to it.”